Mount Carmel High School pupils paid respect to all who have lost their lives in service for their country.

The occasion was marked with a service attended by 800 pupils and staff in the school yard. Music teacher Miss Javaid played the Last Post and Reveille on the trumpet and Curriculum Leader for History teacher Miss Mortensen explained the significance of the tribute to the Accrington Pals from the East Lancashire Regiment. Religious Education Curriculum Leader Mr Davies then read a prayer after a respectful two minutes silence.

Mount Carmel pupils Chelsea, Kiera and Thomas who are sea and air cadets accompanied by Mr Livesey, who is Assistant Pastoral Leader Year 8 and is a former Army Warrant Officer Class One who served for over 24 years presented poppy wreaths as a sign of respect.

Miss Mortensen explained to pupils that Remembrance Sunday which falls on 14 November 2021 is a national opportunity to remember the service and sacrifice of all those that have defended our freedoms and protected our way of life.
She explained "We remember the Armed Forces, and their families, from Britain and the Commonwealth, the vital role played by the emergency services and those that have lost their lives as a result of conflict or terrorism. In Accrington we have a special connection to World War One because of the Accrington Pals."

This short poem was read to Mount Carmel pupils and staff in memory of those brave men.

Come on lads join up with your friends,
Let's bring this frightful war to an end,
Make Accrington proud
Stand out from the crowd
Stand with your friends
Stand with them till the end
When the guns roar
And the blood pours
And the losses are hard to bear
In a community where everyone cares
Where everyone loses some one
On the Somme to those terrible guns

Miss Mortensen continued "But what about Accrington in 2021. We are now a town of many nationalities including Pakistani, Bangladeshi and Polish who still create a strong community. We have all suffered the ups and downs of the Covid pandemic together and come through stronger. We thank all those in the NHS and the frontline who have served our community and remember those who have lost their lives in the biggest war of the twenty century so far. It is not man we fight this time but an unseen enemy that is much harder to combat but we still stand together as a community in Accrington and that is our strength. Let us remember all those who have lost their lives and given up their tomorrows so we could enjoy our todays." 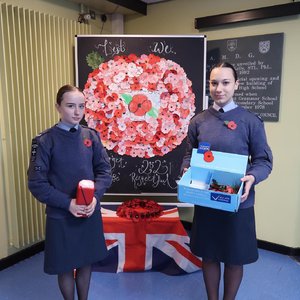 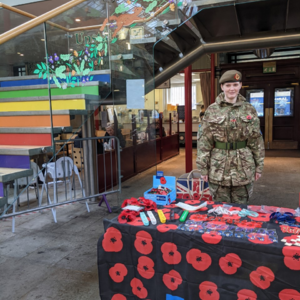 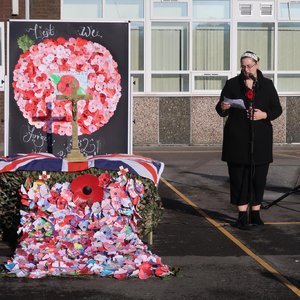 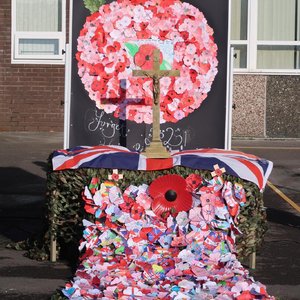 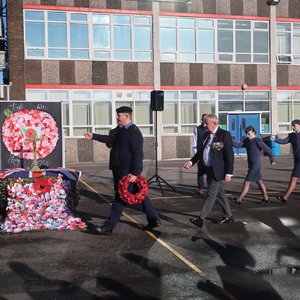 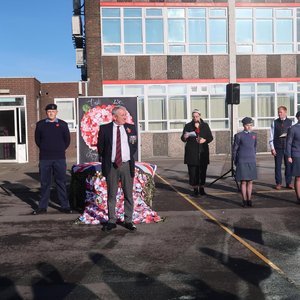 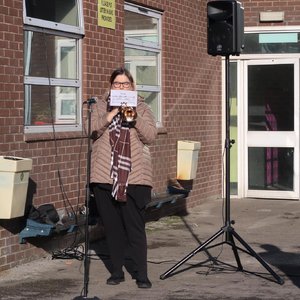 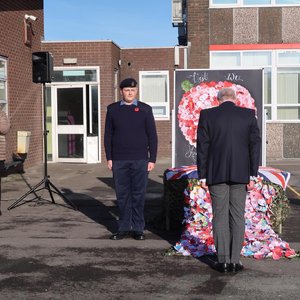 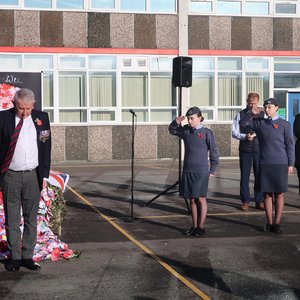 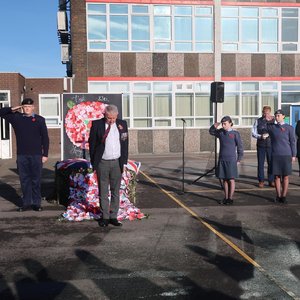 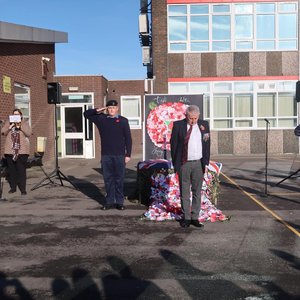 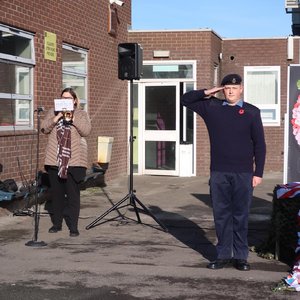 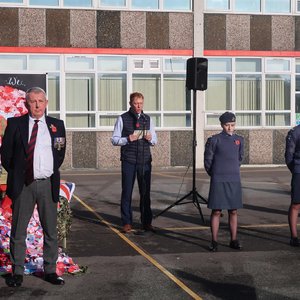 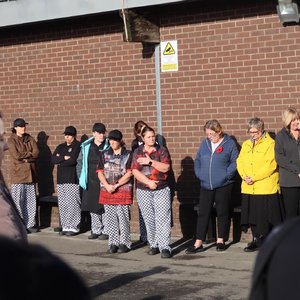 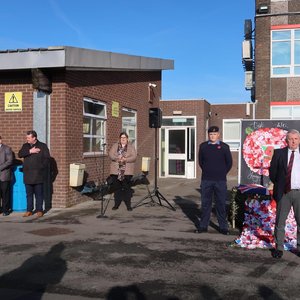 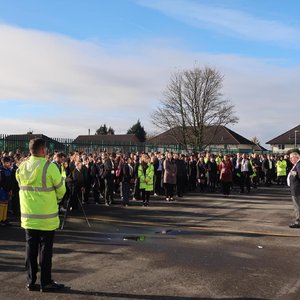 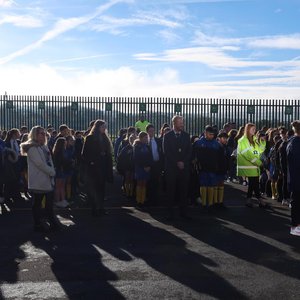 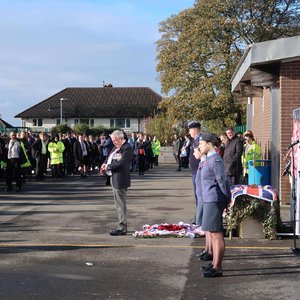 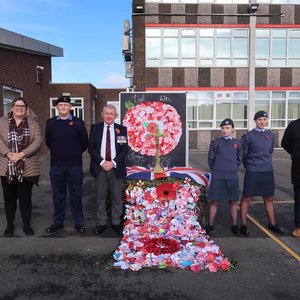 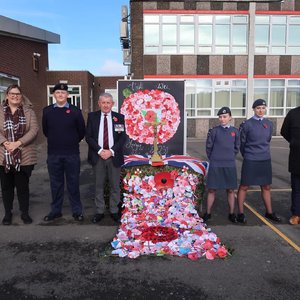