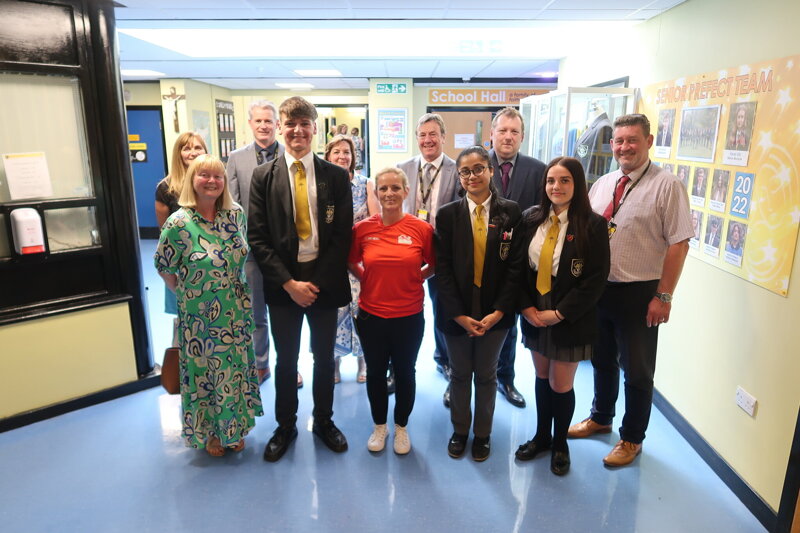 The evening began with an extract from the Mount Carmel production 'A Night at the Movies' by Year 7 pupil Sophia B.

Headteacher Xavier Bowers made an address to the visitors commenting on how good it was to be able to host the Key Stage 3 Awards evening once again after the global pandemic.
He thanked the school community for coming together to celebrate and recognise the many achievements of our pupils; for their attainment, achievement and for being role models for others and he outlined how the formative years at high school are vital to establish good habits and routines to best place pupils for their GCSE years.
He paid thanks to Mount Carmel teaching and support staff who continue to work tirelessly to ensure all pupils get the best possible education in all aspects of school life, wanting the best for each and every pupil.
He also thanked parents and carers for their support especially with home learning during the recent lockdown period. He asked pupils to say 'Thank You' to their parents.
Mr Bowers then thanked Chair of Governors Mr Dabrowski and the Governing Body for their continued dedicated support.

Sami then presented subject awards to pupils from each Key Stage 3 year group to pupils who have a good attitude to learning as well as for attainment and achievement. Role model awards were presented to pupils who were selected for qualities such as politeness, punctuality, helpfulness, organisation and dedication.

The prestigious and very special ‘Logan Wood Trophy’ is presented each year in memory of a much loved and sadly missed pupil and is presented to a KS3 pupil who has shown the most effort and improvement.

There were three nominees Pia-Rita C-M, Cole H and Jayden F. who each received glowing nominations which were read out to the audience. The winner was announced as Pia-Rita much to her delight and that of her family and friends.

Guest speaker Sami Smithson who is a former Mount Carmel pupil outlined her varied, exciting career to date by placing it in 'chapters'. These included her education, growing up, Judo, her RAF career and some challenging times. From being in the RAF supporting people flying fighter planes, being on operational tours of Afghanistan and Iraq, meeting 'celebrities', sleeping with camel spiders and working on an Afghan Judo engagement programme. Her involvement in Judo began aged 5 years of age and has taken her all over the world including the world championships in Las Vegas. She will be a volunteer for the Commonwealth Games in 2022. She now works for British Judo as Head of Inclusion, safeguarding and wellbeing. Sami admits she likes to keep busy!

Sami's message to Mount Carmel pupils was that throughout her life the following traits have been prominent; her organisation skills, discipline, resilience, courage and perseverance.

Chair of Governors Mr Andrew Dabrowski gave the final address of the evening to the audience and described how Mount Carmel had high expectations for pupils and the quality of education they received was of a very high standard, deserving of the recent 'Good' Ofsted inspection report. He thanked the fantastic team of staff at Mount Carmel.

The evening concluded with another fabulous extract from the Mount Carmel production 'A Night at the Movies' by Year 9 pupil Maddison Thompson. 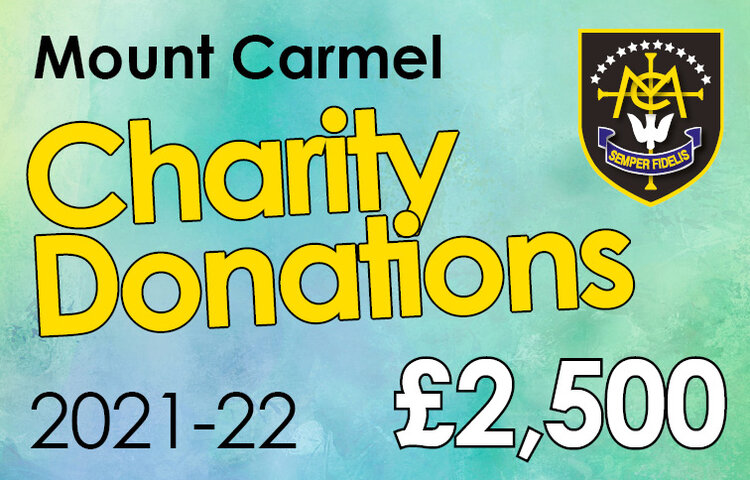